Can you spot an eating disorder? 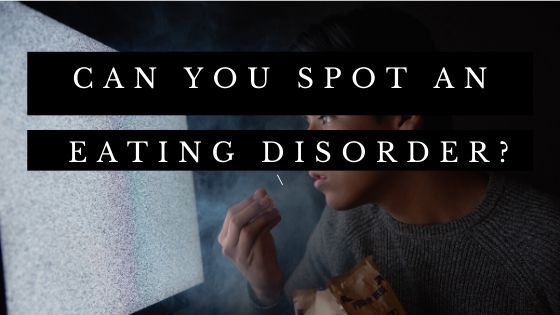 Posted by myecaloriecounts on March 17, 2018 | Featured

Can you spot an eating disorder?

Eating disorder is prevalent in every strata on society no matter the educational level or social standing. A lot has to do with the advertising industry,  where a skinny image of a person is more appreciated than a fuller body type.

A person who is constantly experimenting with their diets, exercising excessively to notice a change in their body type, or obsessive over their weight on a weighing scale – all show signs of some sort of eating disorder.